A Parisian living in Switzerland, demonstrating that Art can be considered as a culture of the Self.

Coralie grew up in Paris where she studied symbolism with a psychologist. She was known for her positive astrological readings from people from any background and high-valued by high-ranking political figures.

Fascinated by the aestheticism of East Asia, she moved to Japan. Back in the West, she completed a Master in Sociology in aestheticism, demonstrating that art can be considered as a culture of the Self.

While she was a photographer and filmmaker for the United Nations in Geneva, she created a documentary on aestheticism in Japan. Delving into the roots of ideograms, she discovered herself in the study of the Chinese ShanShui, the culture of mountains and water. She describes the landscape as an access to the soul and devised the concept of the Landscape Identity.

On her journey, she became enthralled by the world of scents. With the knowledge of a perfumer near Grasse and a nose of Firmenich she learnt how to create perfumes and she built a language for fragrances.

With a talent for linking different areas of expertise, Coralie has applied herself to bringing together three ancestral practices, astrological reading, perfume creation and immersion in the landscape.

With comparative studies between the West and China she decided to dedicate herself to bridge the two cultures.

Coralie is now living in Switzerland, where she was inspired to create La Voie Parfum 香水道. 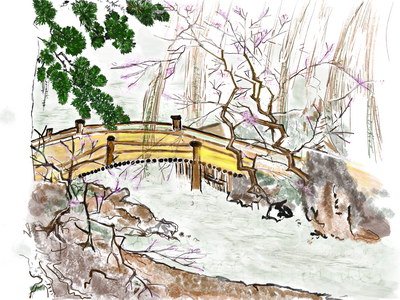 How to embark on the Journey?
What is La Voie Parfum?
The Method
About Coralie